Best FPS Games For Android 2021 Edition: Android smartphone is popular because of their development and it is popular  and most used mobile operating system as it offers tons of apps for free which attracts more users for this operating system. On Android, most of the apps are available for free. Every day there are many new games and apps are uploaded into the play store from where you can download them for free. On Android device people do many tasks like listening to music, set music etc. So, for those users, we have listed some best android music player. The android phones are coming up with good ram and CPU which allows you to play high-end games on your device easily without any lag. Mostly people love to play racing games so for them we have compiled a list of best racing games for android. Generally, people play games on PC but as I said due to the development of android now user prefers to play games on the android device when they are not at home or when they do not have high-end PC. On play store, there are tons of games available in different categories such as action, arcade, adventure, casual, strategy, role-play games etc. So, it becomes difficult to find the best game for play store. Mostly boys love to play shooting games. The First person shooter games fall into the favorite category of gaming. So, here we have made a list of best FPS games for android 2021 edition.

Modern Combat 5 stands first in this list. Modern combat is one of most downloaded android game and it is awarded as best fps game for android. This game has very good graphics so, you need a good android phone with more ram and good cpu. One important thing is that this new version of game requires a internet connection. In this game you can also play as single player and also in multiplayer mode. In multiplayer mode you can add your friends and test your individual and team skills against other squads in multiplayer warfare. This game has very good control so that you can get real experience of gaming on android device.

Dead trigger is one of best zombie shooting game. It has a rating of 4.5 on google play store. The graphics of this game is simply awesome !! In this game you have to save the world by killing the zombies. The game is developed by MADFINGER Games. In game you will travel across 10 regions in different parts of the world and can xplore 33 different environments. There are 37 kinds of weapons to kill the zombies. Also you will get real prizes by winning the tournaments. This game is available for free on play store with some in app purchases.

Blitz Brigade is best online FPS game for android devices. It has over millions of download and having a rating of 4.3 on google play store. This game is developed by android’s top developer that is “Gameloft”. In this game up to 12 players can play together online and can use their different weapons to kill the enemies. This game has 120 of different mission and 100 different weapons !!

If you love to do hunting then here is best game for you that is none other than Dear Hunter 2016. The new 2016 edition of dear hunter comes up with all new level and new missions. In this shooting game you have to pick up your sniper and kill the deer before it escapes.

Frontline commando is one of most popular android game. This is best fps game for android with over thousands of downloads. It has a rating of 4.5 on google play store. The game is developed by android’s top developer “GLU”. The graphics of this game is very good and also the gameplay. In this game you have to win battle by killing the enemies with various different weapons. 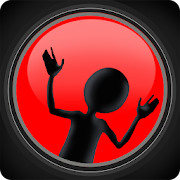 So, guys these best fps games for android 2017 edition. I hope you will enjoy playing these games. If you some other best shooting games for android then just comment them below. Don’t forget to share this post with your friends !!